On the 2nd of November, the Centre for Entrepreneurs welcomed over 70 practitioners to its inaugural Refugee Entrepreneurship Summit. 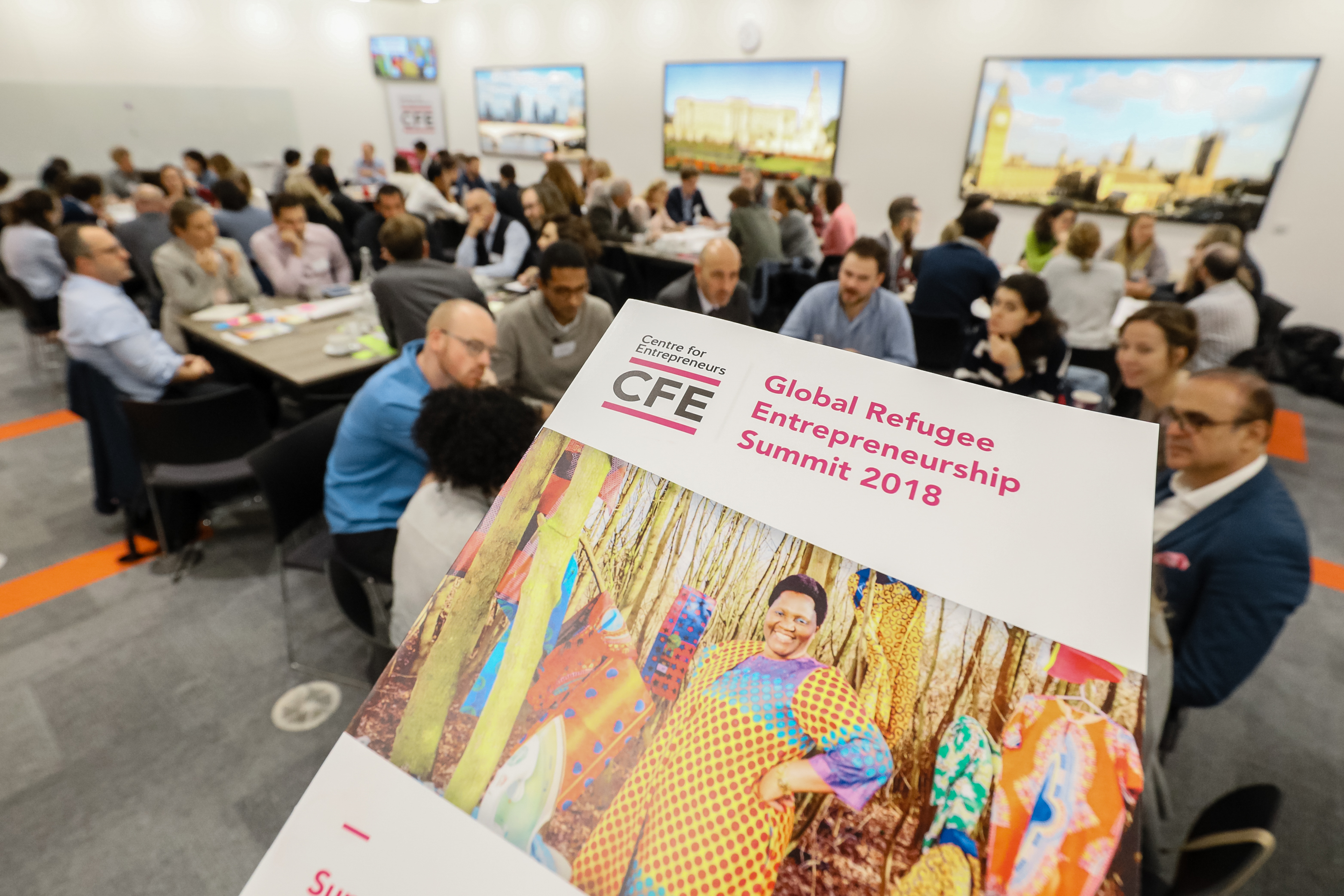 Edin Bašić, founder of Firezza Pizza, welcomed participants to the summit with a clear message: “for refugees, giving up is not an option”. Edin fled his native Yugoslavia during the war and arrived in London without money or the ability to speak English. Through hard work and unabating optimism, he says, he found himself moving up the ranks, working towards building his own restaurant chain. According to him, finding his place in society was another factor that helped him succeed.

Edin’s message set the tone for the day, and reverberated with attendees when no coffee materialised during their first coffee break. Thankfully, ‘coffee-gate’ did not dampen the participants’ resolve to tackle the sector’s challenges. In facilitated discussions of ten, attendees shared the best practices and insights about how their organisations are run.

Overall, participants agreed that social integration is key. They also shared the goal of equal representation between men and women in their cohorts; and stressed that while some ventures may not succeed, incubatees gain valuable social, personal and employment skills.

The day continued with a panel discussion on funding refugee entrepreneurship, moderated by Dr Michelle Richey, Lecturer at Loughborough University.

Hanna Wieten from DELITE LABS (Amsterdam), Chris Gale from Ben & Jerry’s, Chris Clements from Social Finance and Davide Libralesso from the Etimos Foundation (Italy) provided plenty of food for thought. Hanna Wieten shared that her organisation benefits from diverse revenue streams with corporations and grants; while Chris Clements revealed how Social Finance is working with government to leverage social investment into the sector.

The sustainability workshop in the afternoon gave rise to thought-provoking debate. Where some stressed the reliability of partnering with government, others preferred the more entrepreneurial approach of corporates, such as the collaboration between The Entrepreneurial Refugee Network (TERN) and Ben & Jerry’s.

The summit closed with the launch of the CFE Refugee Entrepreneurship Network – a global community for practitioners that works to improve the scale and impact of refugee entrepreneurship programmes. The network will pursue four goals:

You can find out more about the Refugee Entrepreneurship Network and enquire about joining here.