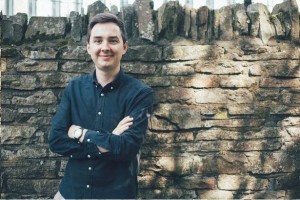 Jacob Hill is an award-winning Yorkshire based entrepreneur who founded The Lazy Camper, a company that specialises in camping gear for festivals, in 2011 while studying at Huddersfield University. Plaudits for Hill and his company included Lloyds TSB’ “Best Start Up for Yorkshire and the North East”, Kirklees Council and Huddersfield Examiner “New Business of the Year”, the Huddersfield University’s student entrepreneur award, and the Duke of York’s “Young Entrepreneur of the Year”. The company also attracted substantial financial support, including £30,000 of investment from fellow students and £270,000 from private investors, and was officially backed by Richard Branson.

By 2013 Lazy Camper was employing six people and had won a contract to sponsor V festival, but unfortunately the good times were not to last. In early 2014, after falling out with his investors and getting into several thousand pounds worth of debt, Jacob was arrested for selling drugs at a music festival and sentenced to 28 months in prison. While others might have gotten away with a community sentence, judge Ray Singh emphasised Hill’s privileged background and lack of extenuating circumstances when sentencing him to a jail term.

Since being released from prison earlier this year, Hill has wasted no time in rebuilding his life and setting up a new business called Offploy, which helps employers safely recruit more ex-offenders.

I recently spoke to Jacob to learn more about his fascinating story. The Centre for Entrepreneurs recently published a report on the entrepreneurial potential of prisoners, “From Inmates to Entrepreneurs”, that explores the topic in detail and can be read here.

Maximilian Yoshioka: University students with their own businesses don’t often end up in prison. Can you explain how that happened?

Jacob Hill: I was 21 years old and had just been crowned Yorkshire entrepreneur of the year and received hundreds of thousands of pounds in investment, so things seemed to be going rather well! Yet within a year I had lost it all; Lazy Camper flopped and I went into a downward spiral driven by a strange combination of low self-esteem and overconfidence. I needed to pay off my debt so I started selling drugs at music festivals, an environment I knew well from Lazy Camper.

I immediately got arrested for it, something I never thought would happen seeing as both of my parents are retired police officers – I guess you could call it a rebellious phase that came too late! Frustratingly, in the time – almost a year – between my arrest and my incarceration, I completely sorted out my life, including finishing my university dissertation and even turning the business around. But despite Lazy Camper performing extremely well that year, I still lost the business when I went to prison, which was a tough blow to take.

MY: In our own research on prison entrepreneurship, we discuss the similarities that exist between entrepreneurs and many prisoners. Did you find this to be in case?

JH: There’s a quote in the film Layer Cake that sums it up for me: ‘I’m a businessman, whose commodity just happens to be cocaine’. I think there’s a lot of entrepreneurialism in prison, but it’s what you might call the dark side of entrepreneurship, using one’s talents for evil instead of good. Having the mindset, ambition and motivation to be an entrepreneur is a gift, and it’s important that gift is used in the right way. I have my doubts as to whether you can really teach entrepreneurship to people, so we should be making the best of those who already have the right traits.

I saw lots of enterprising behaviour in prison, which coming from my background was incredibly exciting. There were so many lads with no education who felt they couldn’t do anything, yet who at the same time knew how to work hard and trade in their time for a return on investment. In particular, I remember one inmate who used to copy pictures of people’s families by hand. He would charge an ounce of tobacco for each person in the photograph – the same amount would cost you £9 at the prison canteen! Some guys would lend out tobacco and demand an additional 50% upon return as interest – and increase the fees or even beat you up if you didn’t pay on time – while others would clean out cells for a few measly cigarettes. There’s a whole hidden economy in prisons that’s phenomenal – I’d love to do a study on it one day.

MY: What did spending time in prison teach you?

JH: Prison was the best thing that happened to me in my entire life – even my parents agree. It gave me the idea for my current business [Offploy] supporting employers to hire more ex-offenders and avoid major legal and ethical obstacles. The concept came to me after I spoke to an inmate who – despite insisting that he wasn’t smart, that he wasn’t capable of anything – actually had the grades and qualifications to start a foundation degree in sports management. The issue was not capability, but a lack of self-esteem and awareness of opportunities, and I think that is true of most people in prison. Ex-offenders need coaching to help them find jobs, and employers need guidance in what is uncharted territory for most of them.

But Offploy isn’t the main reason why prison was so good for me. What prison really did is show me what really matters in life. I used to base my happiness on the success of my business, on being told by the public and by people around me that I was doing well. I was trying to please everyone, yet for some reason I didn’t feel either satisfied or successful. In prison, I realised that the success or failure of my business couldn’t be the basis of my well being; that’s what 16 hours alone each day can teach you! Since being released, I spend more time thinking about how I should spend my time outside of my business, and about the structures to put in place so I can do that. Despite what people tell you, living and breathing your business is not always the best idea!

MY: Tell me about the process of setting up Offploy, both in prison and after release. What have been the biggest challenges, and how’s it going so far?

JH: While in prison, I spent all my spare time in the computer room writing up my business plan. Eventually I put together a 50-page business plan, typed up and neatly presented. At times I felt like I was starring in the entrepreneur’s version of the Shawshank Redemption, seeing how I was constantly nipping in to tweak and improve my business plan. With the end of my sentence approaching, I printed out a couple of copies of it and – after securing their support – got the prison governor and staff to send me the all-important digital copy at home. I officially started the business in May 2016, we’ve got a few promising clients lined up, and my tag [probationary tracking device] just came off last week, so I’m feeling positive.

That said, getting Offploy off the ground hasn’t been easy. I’ve struggled to open a business bank account because of my criminal record, despite the fact that I have a major investor backing me with cash and we aren’t asking for credit. Being on a tag also made things difficult, as I had to be home every day by 8pm. While I didn’t mind that I couldn’t go out all night, it did mean that I couldn’t stay overnight in places I needed to visit, such as when I was offered the opportunity to meet Richard Branson in London (I eventually managed to negotiate a compromise). That’s all over now, thankfully.

MY: Is entrepreneurship suited to all ex-prisoners? What about normal jobs?

JH: Yes and no. Without the family, support network and investment I had behind me, it would have been very difficult. My investor – an entrepreneur in the recruitment industry – has been incredibly committed to my business idea from the start, on a personal as well as financial level. He’s even put me on his payroll so that I can build a credit rating, something that’s difficult after prison.

Most people don’t have that kind of support when they come out, so they need jobs that can help them buy a car, find a home, open a bank account, in other words build a new life. However, as I’ve already said many prison inmates are extremely entrepreneurial, so those with transferable skills that are willing to trade legally need to be signposted towards the right support. That support needs to be through the gate [term designating support that begins in prison and continues post-release] and realistic; instead of encouraging people to believe their own hype and pursue multiple opportunities, it should – without being unnecessarily harsh – filter out bad ideas and promote focus.

When my business is established enough, there are a few things I’d like to do to support entrepreneurial prisoners. One possibility is to channel a share of our profits towards grants for promising ex-offender businesses, and I’ve also thought of starting some kind of bank or insurance provider that specifically services people with criminal records. Watch this space!