Lydia is our NEF+ Class of Spring 2022 alumna and the Founder and CEO of Don’t Shop, Swap – a Techstars-backed, clothes-swapping platform that received 4,000 sign-ups in under a year. 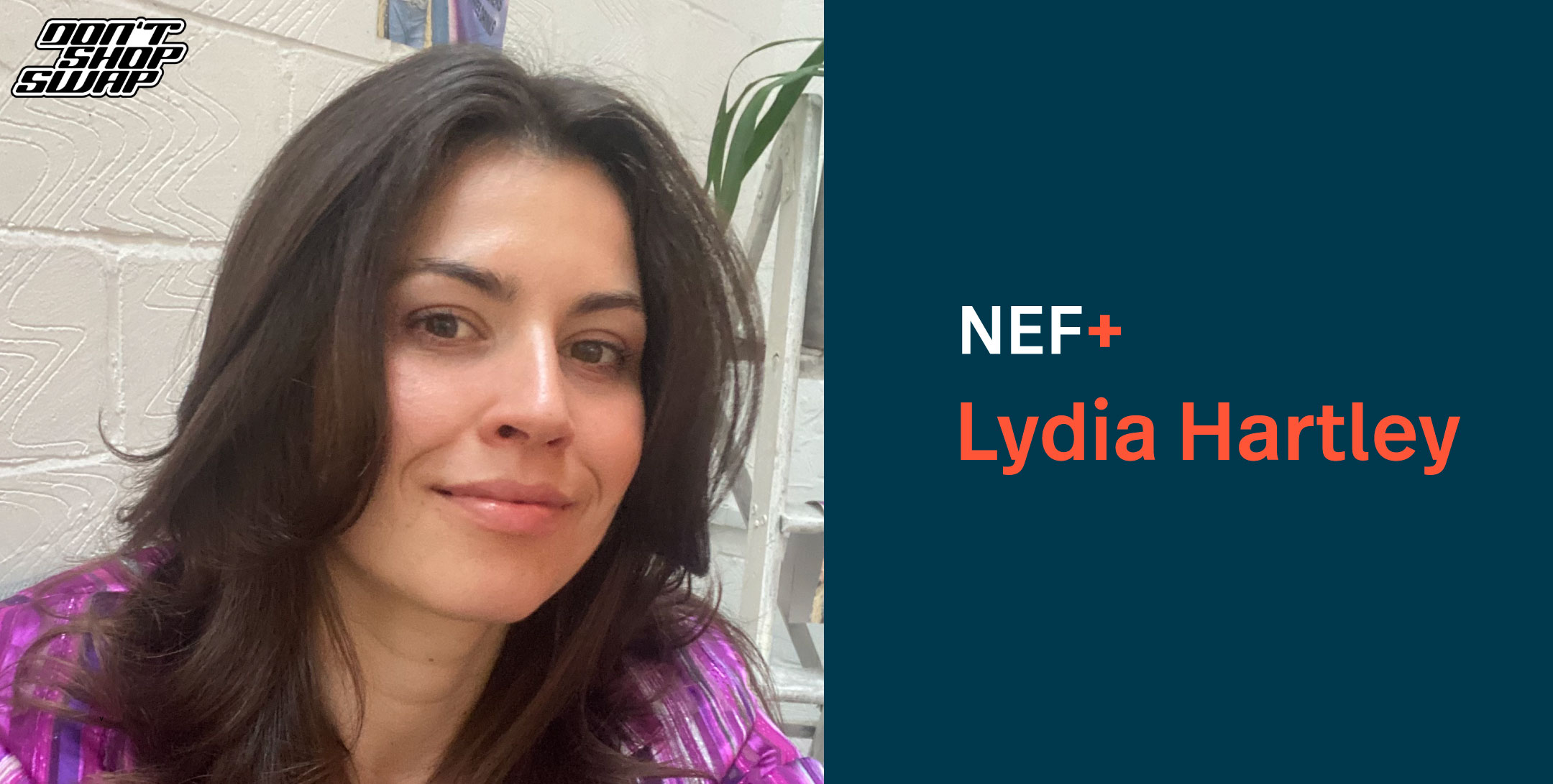 Launched in the middle of NEF+, Don’t Shop, Swap (DSS) is a platform that helps Gen Z to swap clothes for clothes. Users would upload or send their clothes to the DSS team in return for ‘Swap Coins’ – a token native to the website – that they can use to spend on other listed clothes. “It’s like shopping, but with a digital currency that helps people to save money on revitalizing their wardrobe and to reduce their waste.”

To date, the platform has seen over 4,000 sign-ups and 10,000+ followers across Instagram and Tiktok. DSS’s team has expanded to 3 full-time staff (“it’s being built by people who are just as interested in using it.”). In late-2022, Lydia was accepted into the Techstars London accelerator after her application had been fast-tracked as a NEF+ alum – and later received funding from them.

In 2019, Lydia ran clothes-swapping events in London (essentially no-tech, in-person versions of Don’t Shop Swap) after taking inspiration from the way markets used to work. “Before these events, I was addicted to shopping fast fashion. I felt guilty about purchasing so much and later giving bags away to charity. It felt like something was wrong in this whole process, and I later learned in university about the origins of shopping and the traditional act of swapping as the main way to transact in markets.”

When Covid-19 hit and Lydia could no longer host these events, she was still convinced that the swapping concept worked. “The key takeaway [from the events] was that people weren’t just excited to buy brand-new. They also enjoyed seeing other people appreciate their old purchases.” Lydia decided to build a tech-driven version of it – Don’t Shop Swap – that was eventually launched in the middle of NEF+.

Scaling the idea at NEF+

For Lydia, participating in NEF+ whilst building DSS helped her to lay strong business foundations: “I had a good marketing background, but when it was time to get something off the ground, NEF+ came at the perfect time.” She was also drawn to its positioning as a ‘stepping stone’ before fundraising, as she did not feel ready for an accelerator then.

As a solo founder, Lydia also found a great sounding board in her NEF+ mentor, Kit Desai, whom she still meets on a weekly basis. She also credits her coach for support with her mental health, which “has had a long-term effect on my personal development and helped me to accept challenges as they come.”

Looking forward to the coming year, Lydia’s team has been busy iterating the tech platform, before going out to raise investment.

Through the platform’s strong UX/UI and gamified experience, they hope to build retention rates and solidify their place in the market. While early users have become superfans of the DSS, Lydia hopes to retain the everyday user who might shuffle between other competitors with similar inventories: “a lot of it is going to come down to a combination of our brand and inventory because that’s what our customers care about. If no other swap company has the items that we do, we’ll be able to protect ourselves as new competitors come.”