James Beddows (Class of 2017) is the Founder of RideTo, a company making it safer and easier to experience the joy of riding a motorcycle. RideTo is the UK’s fastest growing platform for new riders to find the best training, bikes and gear, supported with expert advice. 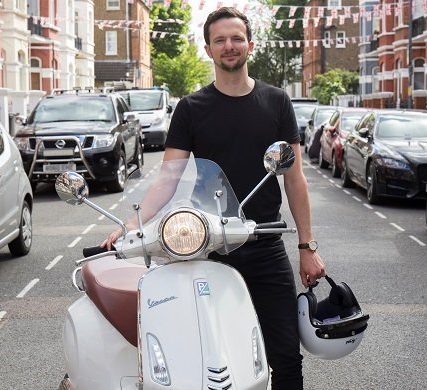 Before Launching RideTo, James studied Marketing at university and worked in sales shortly after graduating. He had the desire to run his own business from the early age of nine, when he and his sister set up a vegetable delivery business in order to fund their trampoline. This is when James realised that he could control his own financial destiny, and realised he wanted to be an entrepreneur.

As a Londoner, James learnt how to ride a Vespa to avoid the Central line. In going through the process of learning how to ride a bike himself, he couldn’t believe how fragmented, frustrating and archaic the whole experience was – and so, an idea was born. James joined the NEF programme when RideTo was an idea and shortly after the programme began, went full time to work on it. James built a concept and had a handful of customers which was enough for him to raise a seed round which he closed by the end of his NEF year.

James has had great success to date. RideTo grew from one customer and one motorcycle training school to 40 schools across 11 cities in the UK and over 3,000 customers. James has had the opportunity to work with big corporates such as Deliveroo, Pizza Hut and Quiqup. Since leaving NEF, James has met two investors through the NEF network, and has now raised £550,000. His long-term vision and ambition is to build the AA for motorcycling. He would like RideTo to be a destination for motor cyclists to get everything that they need.

I got way more out than I ever could have imagined. I honestly didn’t realise how big the network side was. I went into it hoping for a catalyst and a launchpad for me to do my own thing, and to be surrounded by people who are all going through the same thing who would be able to motivate me and inspire me. I got all that so much more, including a lot of value from the NEF events and workshops, and the alumni network.