In 2016/17, CFE partnered with NBV to deliver a prison entrepreneurship programme (PEP) in HMP Ranby. Funded by NOMS, this one-year pilot built valuable insight on the design,  delivery and evaluation of PEPs.

Background
In 2016, CFE published ‘From inmates to entrepreneurs: How prison entrepreneurship can break the cycle of reoffending‘. The report suggested that helping prisoners prepare for business startup upon release is not only achievable and cost-effective, but is an immensely popular idea among prisoners themselves.

We calculated that the introduction of Prison Entrepreneurship Programmes (PEPs) with ‘through-the-gate’ support for all interested pre-release prisoners could save the government up to £1.4bn annually on the cost of ex-prisoner reoffending, at a cost of £82m – providing a 17x return on investment.

Having been well-received by government and the criminal justice sector, it was clear we needed to expand the evidence base and produce a replicable model for prison entrepreneurship programmes. CFE sought to cooperate with enterprise agencies and prisons to design, deliver and evaluate a pilot.

The pilot
Following the Queen’s Speech in 2016, six prisons were given new ‘reform’ status. HMP Ranby was one such prison. Neil Richards, the executive governor responded to CFE’s call for a pilot, and an innovation grant pot provided by the Ministry of Justice to reform prisons made it possible.

The pilot was delivered by NBV – a business support organisation that has operated in the East Midlands for over 30 years.

CFE designed and implemented an evaluative framework for this pilot, resulting in a final report available to download below.

The report reflects the realities of designing, delivering and tracking a prison entrepreneurship programme.

Right: Some of the pilot participants with the coaches Richard Fairclough and Richard Crowden at the graduation ceremony 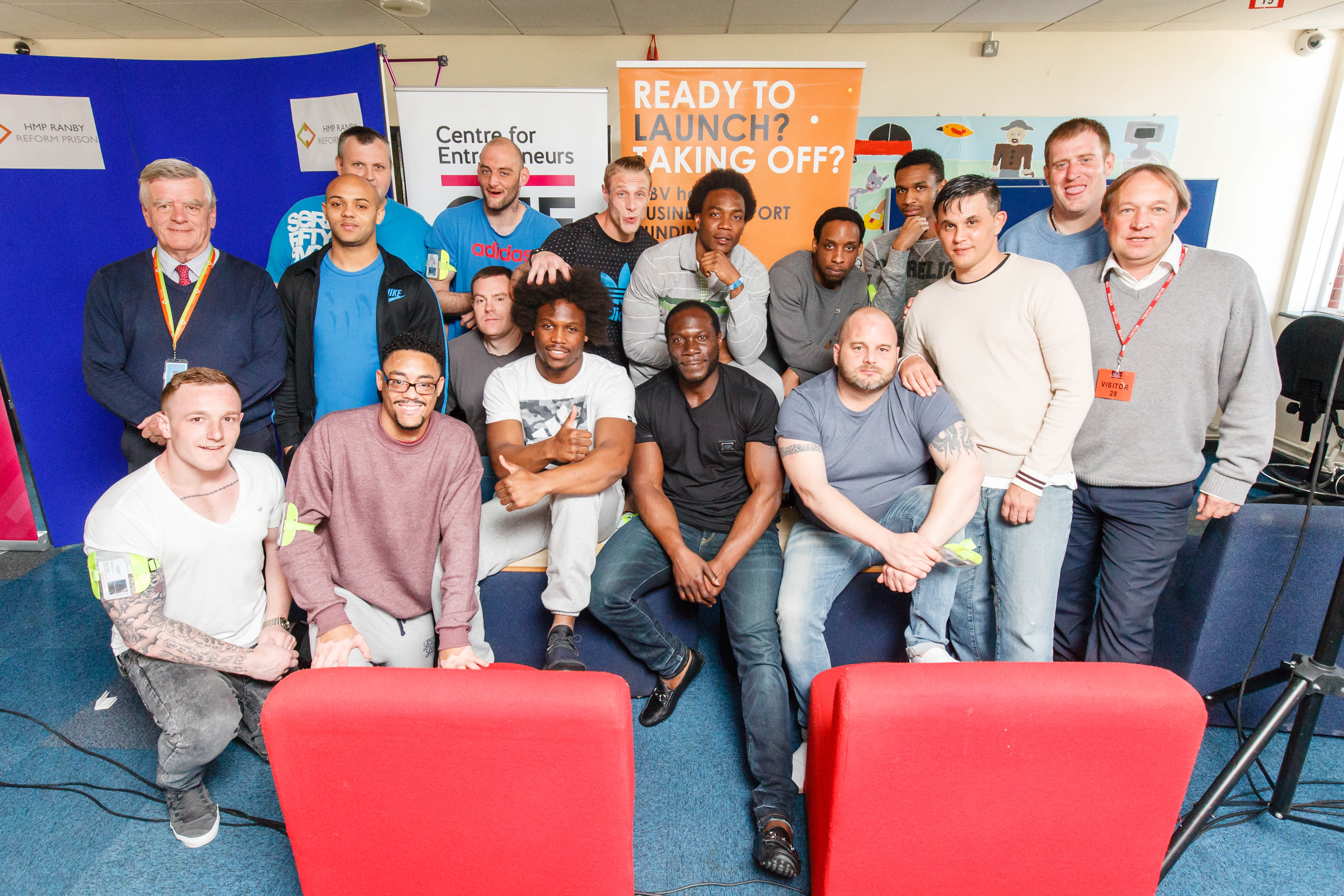